Parity (P) and time -reversal (T) symmetries, as well as their breaking, belong to the most basic notions in physics. Recently there has been much interest in systems which do not obey P and T-symmetries separately but do exhibit a combined PT-symmetry. These systems are described by a Hamiltonian H that commutes with the combined PT-operator. Despite the fact that PT-Hamiltonians can, in general, be non-Hermitian, their spectra can be entirely real while the generated dynamics is (pseudo)-unitary. This observation led Bender and colleagues to propose an extension of quantum mechanics based on non-Hermitian but PT-symmetric operators, as opposed to the traditional formulation of Dirac-von Neumann which require that all observables (and thus also the Hamiltonian) must be represented by Hermitian operators [1,2]. While these ideas are still debatable, it was recently suggested that optics can provide a particularly fertile ground where PT-related concepts can be realized and experimentally investigated [3,4,5]. What makes this possible is on the one hand the formal equivalence between the quantum mechanical Schrödinger equation and the optical wave equation, and on the other hand the possibility to simultaneously manipulate loss, gain, and index of refraction.

One of the key challenges encountered in integrated optics is the presence of substantial level of absorption that typically degrades the efficiency of optical devices. As a result, considerable research effort is invested in eliminating and mitigating these undesirable absorption mechanisms. Rüter and colleagues in a recent article reporting in Nature Physics [5], adopted an opposite viewpoint: they manipulated absorption, and via a judicious design that involves the combination of delicately balanced amplification and absorption regions, they demonstrated that one can achieve new classes of synthetic PT-materials with intriguing properties such as power oscillations, non-reciprocal light propagation and tailored energy flow. Their results, will allow experimental tests of PT-concepts that will impact several areas of physics, ranging from quantum field theory and mathematical physics [1,2,6,7], to solid state physics [8] and linear [3,9,10] and nonlinear optics [11].

More specifically, a PT-symmetric system can be realized in optics, by creating a medium with alternating regions of gain and loss, such that the (complex) refraction index n(x) satisfies the condition n*(x) = n(-x). In other words, PT symmetry requires that the real part of the refraction index (the potential in the language of Schrödinger) be an even function of position, whereas the imaginary part is an odd function. This condition implies that creation and absorption of photons occurs in a balanced manner, so that the net loss or gain is zero. Rüter and colleagues demonstrated these ideas for two coupled PT-symmetric waveguides (each supporting one propagating mode) with one of them providing gain for the guided light, and the other experiencing equal amount of loss.

Studying the light beam propagation in this set-up, these authors recognized that as the gain/loss parameter γ reaches a critical value γPT, a spontaneous PT symmetry breaking occurs. At this point, the total beam power starts growing exponentially, while for γ< γPT power oscillations are observed (see Figs. 1bc). The most dramatic effect in the beam evolution is the appearance of non-reciprocal wave propagation. Specifically the beam propagation pattern differs, depending on whether the initial excitation is on the left or right waveguide. This is contrasted with the γ=0 case (Fig. 1a), where the beam propagation is insensitive to the initial condition.

The novel dynamics of the system of Rüter and colleagues originates from the bi-orthogonal nature of the eigenmodes of PT-Hamiltonians (see Fig. 1d). For γ<γPT, corresponding to the so-called exact PT-symmetric phase, both H and PT operators share the same set of eigenvectors. In this regime, the mode intensity is symmetric with respect to the mirror axis of the two waveguides, and the spectrum is real (see Fig. 1d). As γ increases above γPT the eigenfunctions of H cease to be eigenfunctions of the PT-operator, despite the fact that H and the PT-operator commute. This happens because the PT-operator is anti-linear, and thus the eigenstates of H may or may not be eigenstates of PT. This is the so-called broken PT -symmetry phase. In this regime, the spatial distribution of the modes is asymmetric, with one of them residing in the amplifying waveguide and the other in the lossy one (Fig. 1d). Furthermore, the two eigenvalues occur in complex-conjugate pairs, resulting in an exponential increase of the total power. At the phase-transition point γ = γPT the two eigenfunctions and their corresponding eigenvalues coalesce, leading to an exceptional point singularity [12].

Rüter and colleagues have made a simple demonstration of PT synthetic materials with non-reciprocal beam dynamics: just a coupled two-channel structure where the gain is provided through two-wave mixing using the material’s photorefractive nonlinearity [5]. The vision is to synthesize novel integrated PT photonic devices, possessing new intriguing properties such as double-refraction [3] or tailored energy flow that can be used as a new generation of optical isolators and light beam-steering components. The extension of these ideas in the spatio-temporal domain (e.g. optical cavities and resonators with chaotic or integrable ray dynamics [7]) as well as in the study of open quantum systems [6] can be another fruitful direction. Finally, one could easily envision a setting using matter waves in which a condensate is placed in a double well potential where in one well particles are injected into the condensate whereas in the second well they are removed from the condensate. Of course, such an experiment would require accurate control over the rates of particles injected or removed from the system. Hopefully experimental methods will soon improve to allow such experiments to be done. Last but not least, the existence of an exceptional point [12] fascinates researchers, as it has drastic effects on the systems behavior, especially for adiabatic features and geometric phases. This and related questions are now within experimental reach.

Figure 1: Figure 1: Numerical simulations of light beam propagation for the system of Ref. [5]. For the parameters of the simulation (we use normalized coupling units), the spontaneous PT-breaking take place at γPT=1. In all cases, left (right) panels correspond to an initial excitation at the left (right) channel. The orange line represents the total beam-power I(z)=∫dx I(x,z) at the system. (a) A passive system corresponding to γ=0. The propagation is reciprocal and the total power I(z) remains constant throughout the propagation; (b) γ<γPT corresponding to the exact PT-phase. The non-reciprocity can be better observed in the different z-behavior of the total power I(z); (c) γ> γPT corresponding to the broken PT-phase. In (c) the intensity axis is logarithmic while we plot the resacled intensity distribution I(x,z)/I(z). (d) The eigenmodes (left sub-panel) of the PT-symmetric dimer. For γ < γPT the modes are symmetrically distributed in space, while for γ > γPT they are asymmetrically feel the space. The propagating constants En (eigenvalues) branch out at γ= γPT from the real axis to the complex plain as γ becomes larger than γPT (right sub-panel) [Courtesy of C. T. West and M. C. Zheng]. 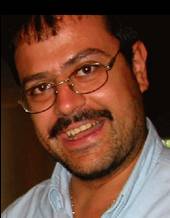